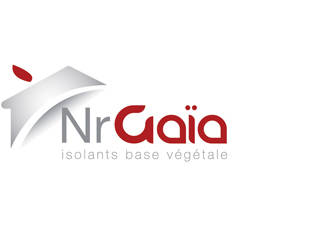 NrGaïa SAS, based in Saint-Etienne-lès-Remiremont, France, processes paper into eco-friendly cellulose-based thermal insulation. Demand for this insulation is growing: “New regulations related to energy savings are pushing the market up significantly,” reports company president M. Olivier Legrand. “The global European insulation market represents 7 200 M€. It is growing at a pace of 6 percent each year.” That’s the good news.

The challenging news is that competition and production costs are rising too. “Raw material cost has been increasing significantly for the last two years,” M. Legrand says. And with demand for this type of insulation rising, he adds, “A fierce competition is shaking the European market, especially in France. In 2008, there was only one producer in France. Since then, six new factories have been launched.”

Once installation was completed in 2010, an unanticipated production problem surfaced, but the strong partnership between Premier Tech and NrGaïa led to a collaborative and timely solution. “Unexpected stability problems with the finished pallet were noticed during the start-up of the equipment,” recalls Mme Véronique Chouinard , Premier Tech’s project management coordinator for the endeavor. “The weight of the 3-meter-high pallet was causing the bottom layers to collapse and it became impossible to safely move the pallet to the stretch wrapper. Premier Tech and NrGaïa worked together to find a solution.

“The bale dimension was modified and it was then possible to increase the compression ratio of the product. The layer configuration was also modified according to the new bale dimensions. These actions led us to achieve good load stability and a nice-looking finished pallet.”

Says NrGaïa President M. Legrand, “We can consider Premier Tech as a first class supplier. From the beginning through the start of production, Premier Tech has met our standards. The business follow-up can also be considered to be a good level, confirming our interest in working with them. Thanks to Norske Skog and Premier Tech, NrGaïa has a key advantage on competitors.”