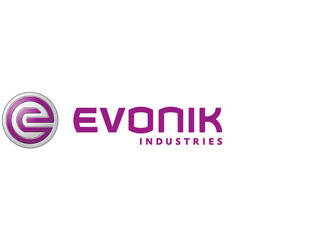 Evonik-Degussa, headquartered in Parsippany, NJ, operates a plant in Waterford, NY, that produces and packages hydrophilic (water-absorbent) and hydrophobic (water-repellent) silicon dioxide (SiO2). Silicon dioxide, which is used as a filler in products such as paints, coatings, adhesives, and silicone caulk, is produced in bulk and shipped to end users in containers ranging from 10-pound bags to rail cars.

When the plant first started production in 1992, it used manual vacuum packers to fill 10- and 20-pound and 10- and 15-kilogram paper valve bags. However, manually handling the bags caused some ergonomic problems for the plant’s operators. Therefore, the company decided to automate the bagging and palletizing operations to improve the packaging line’s ergonomics.

According to Mark Honeyman, Aerosil Silanes NAFTA maintenance engineering superintendent, manually handling the bags at the bagging and palletizing stations was causing problems. “One of the biggest problems we had concerned the packaging line’s ergonomics and unnecessary lost time due to accidents,” says Honeyman. “An operator who twisted or moved wrong while working at the vacuum packer or palletizing station would have to take time off to get better. Another problem concerned the packers’ filling accuracy. Since their weighing systems weren’t very accurate, they tended to overfill or underfill bags more frequently than we liked. And because the packaging line was a manual operation, it couldn’t keep pace with the production line and caused a bottleneck.” To improve the packaging line’s performance, Honeyman contacted the packer supplier, Premier Tech's Industrial Equipment Group (IEG), to ask if it was possible to retrofit one vacuum packer with an automatic bag-handling and sealing system. IEG, based in Rivière-du-Loup , Quebec , supplies packaging, processing, weighing, screening, and sorting systems to the chemical, pharmaceutical, mineral, food, feed, construction, and other industries. The supplier had recently developed the DB-810 automatic bag-handling and ultrasonic-sealing system, which could retrofit the manual vacuum packer. The supplier sent the retrofit equipment to the plant, and Honeyman and other plant engineers installed it in October 2004, with aid from the supplier’s engineers. “After we automated the first packer, we saw an improvement with the packaging line’s efficiency and an increase in output,” says Honeyman. “The operators also appreciated the automated packer since they weren’t manually handling as many bags as before. Addi tionally, when the supplier retrofitted the packer, they also upgraded its weighing system with a system that far outperformed the previous one, which greatly increased the packer’s bag-filling accuracy and consistency.”

After experiencing the benefits of using the automated packer for more than two years, Honeyman decided that it was time to retrofit the second manual vacuum packer with the IEG automated system. However, this time he also wanted to automate the packaging line’s palletizing operation to further reduce the ergonomic issues related to manually handling bags. Honeyman contacted IEG and, while talking about the new project, learned that the plant’s second packer could be retrofitted with an updated version of the DB-810, which had improved functionality. Evonik-Degussa approved the upgraded system, and in December 2006 the second packer was retrofitted with the DB-815 automatic bag-placing and ultrasonic-sealing system. As for the palletizing operation, it was automated with the AR-200 robotic palletizing cell. (A robotic palletizing cell consists of a robot and any ancillary equipment—typically conveyors, pallet dispensers, and slip sheet dispensers—enclosed by a safety fence.) As before, the supplier upgraded the packer’s weighing system so that it now provides better bag-filling accuracy.

The DB-810 and DB-815 function similarly, but the former operates pneumatically whereas the latter operates electromechanically. Since the packers were retrofitted, all an operator at a bagging station has to do is load empty bags into a packer’s bag magazine: the rest of the process is automated. “In the past, an operator pulled the bag off the spout and had to manually tuck in the bag’s valve to close it,” says Gary Ritter, sales manager at IEG. “This created ergonomic issues and also led to a little fugitive dust escaping from the bag. The new paper bags have an external valve with a plastic coating on the inside, so that the heat and pressure generated by the ultrasonic sealer melts the plastic and presses it together to create an airtight seal.” The AR-200 robotic palletizing cell with a single robotic arm has two palletizing stations, each of which receives full bags from a separate conveying line. One conveying line connects the DB-815 directly to one palletizing station, and the second conveying line connects the manual packer directly to the other palletizing station. The DB-810 can connect to either palletizing station, depending on the product or bag size being handled. Since the company makes two different products and uses four bag sizes, the palletizer can be programmed to simultaneously stack two bag sizes, each on its own pallet with its own stacking pattern. An operator just has to select the bag size and palletizing station, and the palletizer’s preprogrammed memory knows where to stack the bags and what pattern to use when stacking them.

To maintain bag-weight consistency, each conveying line has a checkweigher that is connected to the palletizer. As a bag crosses over a checkweigher, the bag is weighed. If the weight is incorrect, the robotic arm moves the bag to a reject conveyor. The system is programmed so that if the palletizer does not receive a bag from one conveying line, the appropriate packer will stop filling bags. Additionally, sensors installed throughout the system make up a failsafe system so that if something goes wrong anywhere in the packaging line the packers will stop filling bags. For example, if the palletizer runs out of empty pallets, a sensor will detect this and stop the packaging line because there are no pallets for bags to be stacked on. The company only needs two operators to run the entire packaging line. One operator works on a mezzanine monitoring the automated packers and making sure the bag magazines are filled with empty bags. The other operator works on the ground floor at the robotic palletizing cell making sure the empty-pallet and slip-sheet magazines are full and removing full pallets from the accumulation station.

Improving the Bagging and Palletizing Operations

Since retrofitting the two vacuum packers and installing the robotic palletizing cell, the company has seen a large productivity increase. “We improved the packaging line’s ergonomics and at the same time increased its output,” says Dr. Hauke Jacobsen, plant manager. “Now, we typically only need to run the two automated packers because they can keep pace with the production line. Also, since the automated packers fill the bags more accurately and consistently, we don’t have nearly as many underfilled or overfilled bags as we did in the past. Additionally, the ultrasonic sealer provides a dust-tight seal that prevents leaking, and the palletizer stacks the bags on the pallets in a tight pattern, which increases pallet stability. I’m very pleased with the solution we found.”

Automating the packers and palletizing operation reduced the packaging line’s labor requirements. Honeyman says, “The operators who work on the packaging line now have more available time to perform other tasks, such as maintenance and inspections, because they’re no longer married to a specific machine or repetitive manual task.”